“Half a Heart. Full Steam : Pushing Boundaries”, by Meghan Roswick 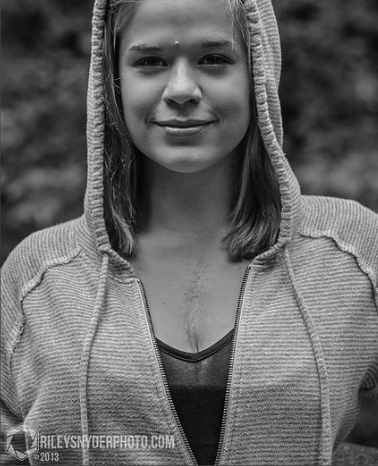 “Hi! My name is Meghan Roswick and I was born with a congenital heart defect called, Hypoplastic Left Heart Syndrome.

Hypoplastic Left Heart Syndrome, or HLHS is a heart defect where the left side of the heart is so underdeveloped it practically does not exist, nor function.

Parents today often find out during pregnancy if their child has HLHS – yet at the time I was born, my parents were not aware of my diagnosis.

On October 7th, 1991, I was born weighing 8lbs 12oz. Doctors had given me a clean bill of health and sent me home just a few days later.

At 7 days old, my mother noticed that I seemed to be breathing funny and took me to the emergency room. The nurse immediately said, “I don’t like the looks of this baby” and whisked me away. They didn’t have the equipment at the small town hospital I was at to see what exactly was wrong with me. So, I was taken to another hospital where, ultimately, they diagnosed me with Hypoplastic Left Heart Syndrome.

The diagnosis was very grim and the doctors told my parents there were three options available: a heart transplant, a three-step procedure, or to let nature take its course through compassionate care. Doctors told my parents that if it was their child, they would let nature take its course because it would be near impossible for me to ever have any sort of a normal life.

There were not enough hearts for a transplant and the three-step procedure was still considered experimental (and to their knowledge all who had undergone operation, were not doing well).

My parents took a night to discuss the options with the family and then decided to go ahead with the three-step procedure and move me to Philadelphia Children’s Hospital where the inventor of the main procedure was stationed. 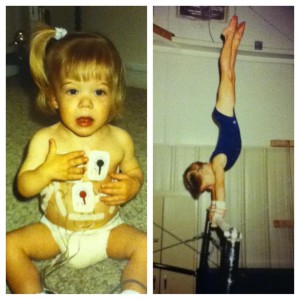 At 9 days of age, I had my first open heart surgery, my second at 6 months, and my third at 13 months. I was doing much better than doctors anticipated but then I went into congestive heart failure once again and needed a fourth operation.

After that fourth operation my future seemed to be looking bright. Doctors were telling my parents to channel my energies into the arts because they figured I would never be able to do sports let alone walk a block without oxygen.

About a year after my last surgery – when I was 3.5 years old – I wanted to try gymnastics. My parents were wary but consulted my surgeon and he said that I would set my own limits.

I instantly fell in love with the sport and to everyones surprise I was doing well and keeping up for the most part. I continued to do well (except keeping up during cardio conditioning was very difficult for me). Most peoples hearts double, triple and quadruple the amount of work it can do, while mine can only double. That means less oxygen in my blood and to my muscles, ultimately causing me tire much more easily. 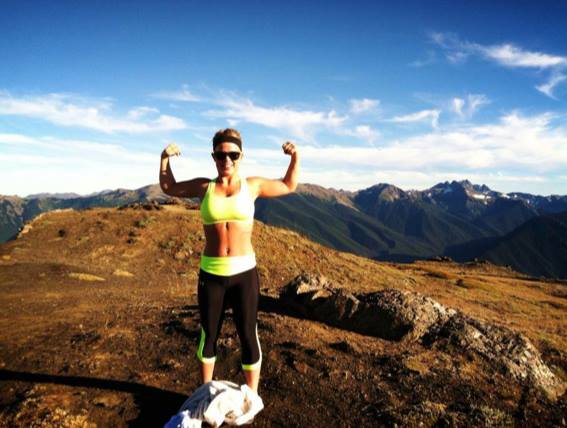 Doctors had no clue how much stress exercising would put on my heart, nor did they know how I was even able to bring myself to exercise.

They told my parents, “what she is doing is either the reason she is doing so well or it is going to kill her.”

I struggled tremendously with my body becoming exhausted so quickly, but I kept pushing and building up my strength to the point where applying my skills would be as effortless as possible. 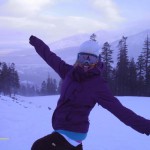 I would turn purple after every floor routine and cardio exercise, but would quickly regain my pink color after some rest. I struggled between pushing myself and letting my body rest when it needed to. I ultimately broke my body down and became too injured to continue (not heart related).

It took a year to find my niche again in the world of adaptive sports but I discovered skiing and the freedom that comes along with it.

On a side note, I’m also a fan of Make A Hero’s adaptive ski film ‘The Movement‘ and got in touch with them after watching the movie and finding out that Bethany Hamilton is working with them in their next adaptive water sports film ‘The Current’ – eventually we set up this guest blog post you’re reading today!

After successfully taking up sports as I’ve progressed through life, I’ve come to realize that I want to set an example for younger kids with similar “defects” to inspire them to believe that they have the possibility of overcoming predisposed limits.

As frustrating as it can be to realize that you do, in fact, have limits – it is always more rewarding to try find out first hand just where those limits are, instead of being immobilized by the thought of them. 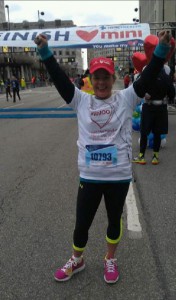 I was a gymnast for 14 years. I played soccer, track, and ski-raced in high school. As a young adult, I recently ran my first 15k and am planning on running my first half marathon later this year! I hike up in the mountains at a high elevation. I just recently went skydiving for the first time. Now I am an avid adventurer! My next goal is to learn how to surf. I will never stop trying new things (and I will always keep people posted on my HLHS community Facebook page)!

It would be easy for me to get trapped in a world of constant worry over the uncertainty of my life. Participating in sports and activities is my way of escaping, breaking past limitation, and feeling as though I conquered a small battle in a life long fight.

HLHS is a congenital heart defect, which doctors have little known research on in regards to quality of life after experimental surgery. Testing the boundaries of what doctors believed possible for me has signified a personal challenge, with opportunities to experience freedom and exhilaration, along the way! 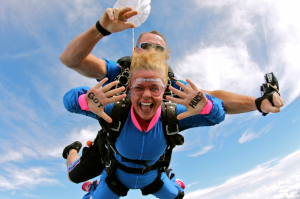 For anyone who has felt trapped by the limits that medical science has already set for them, I hope to represent an example of a movement, beyond self-emposed boundaries to a place of freedom and hope for the future.”

“Strength does not come from physical capacity. It comes from an indomitable will.” – Ghandi

How have Meghan’s experiences inspired you?

Please help us spread the word about Meghan Roswick, the Make A Hero Cast, and everyday heroes, by sharing this post through the social media buttons on this page, learning how you can Make A Hero, subscribing to The HERO Newsletter, and / or giving a generous monetary donation.  Thank you! ***