This is a meditation on movement. MoJo can often be defined as a kind of power, the ease and grace with which something can be done. Movement in life is filled with this fluidity, a simple, rhythmic flow that we often don’t think about. 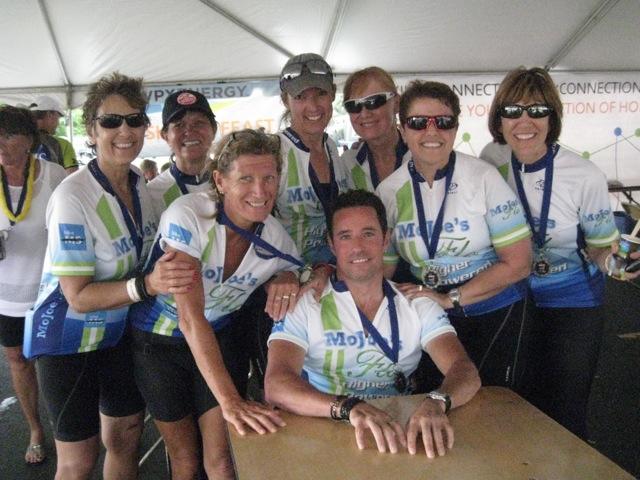 Last Saturday, June 29 and 30th, 3,000 men and women saddled up and rode their bikes in the MS150, a state by state fundraiser for the National MS Society.

They rode in colorful jersey’s with even more colorful team names in honor of loved ones: fathers, mothers, sons, daughters and friends. They rode in joyful celebration of those of us waging a struggle against the cessation of movement, fighting to remain in the flow of life. I was honored to be there with my team. My name is MoJoe.

There are approximately 2.1 million people living around the world with multiple sclerosis. The autoimmune disease attacks the myelin sheath that neural communication travels along. As these breaks become more pronounced, the ability of the nerves messages signaling movement diminishes, over time rendering some of us completely immobile. This is a brief chronicle of my journey from a healthy, active man to my battle to defy the undeniable and in most cases irreversible progression of MS. It is a meditation on the beauty of the will to kinetically express itself in motion, to continue experiencing what it means to be fully alive.

On a spectacular Colorado day of blue skied, spring skiing my girlfriend’s son and I headed to Vail’s back bowls. After an easy morning of a half a dozen runs we grabbed a quick lunch and some chili. There was a good 8 to 12 inches of freshly fallen powder and the afternoon skiing promised to be even better. Within a few turns of the first run after lunch I immediately realized that something was not normal. I was having an exceedingly difficult time initiating turns, I had “dead legs”, something I shouldn’t have felt until much later in the ski day.

By the time I told my ski buddy that I would see him at the bottom of the mountain, I no longer had any reliable control over my legs at all.

I should have sought immediate assistance getting down the mountain, but foolish pride and denial that something was horribly wrong made me a danger to myself and others on the mountain. After what seemed like the longest run of my life, I safely made it down to the bottom. It would be my last day on the mountain.

Back home, now days removed from the troubling episode, I went about my life as if nothing had happened. 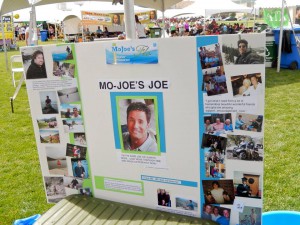 One morning, as I was getting out of bed, I realized I was telling my legs to move but they were not responding. Immediately, I went to the doctor who prescribed test after test. I had blood drawn more times than I had ever envisioned as many needles in existence. I was finally told I would need to get an MRI and see a neurologist.

My life as a sick man had begun. The pictures from my MRI came back. I had a garden full of lesions blossoming in my brain. I had multiple sclerosis. I was not given a prognosis, as it is often difficult to predict the path the disease will take. I knew intuitively that the progression of my disease would be rapid and devastating. It has been. In the last two years it has taken me from a cane to a walker to a wheelchair. It is now attacking my hands and my right arm. 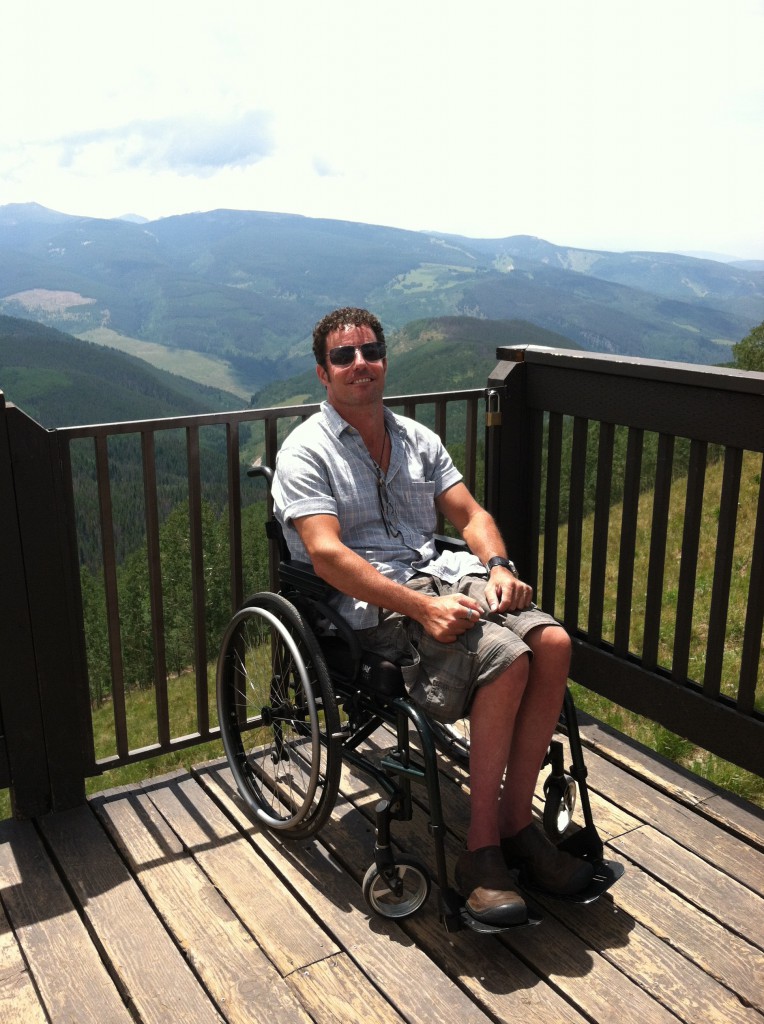 As an active man with a great passion for skiing, hiking and working out I went through an initial period of intense grief.

Grief for what I was about to lose (my physical being and experiences) and fear for what was about to come (loss of mastery of my body and my life…I thought).

After months of emotionally processing my illness, with the love and support of family and friends, I was able to make a life-affirming decision. That, rather than shrink back from life because I no longer moved like other people, I would embrace and endeavor to experience a new way of moving.

I would choose to acknowledge the sacred beauty of the effort of movement.

Where once summiting a 14ner was an objective, now not giving up, being in the moment of unflinching effort to move when I am stuck on the floor is the accomplishment.

As my MS progresses, I continue to lift weights. I have, in fact, intensified my training often working out five times a week at home and in the gym. I am not preparing for a conventional race or competition. Rather I am in training for what are my daily challenges…so as my MS progresses I can continue to live an independent, autonomous life. I do not consider myself ‘disabled’. I am ‘other’ abled. And this winter, through the gift of adaptive skiing, I look forward to returning to Vail’s back bowls once again.

Please help us spread the word about Joe Tancredi, the Make A Hero Cast, and everyday heroes, by sharing this post through the social media buttons on this page, learning how you can Make A Hero, subscribing to The HERO Newsletter, and / or giving a generous monetary donation.  Thank you! ***