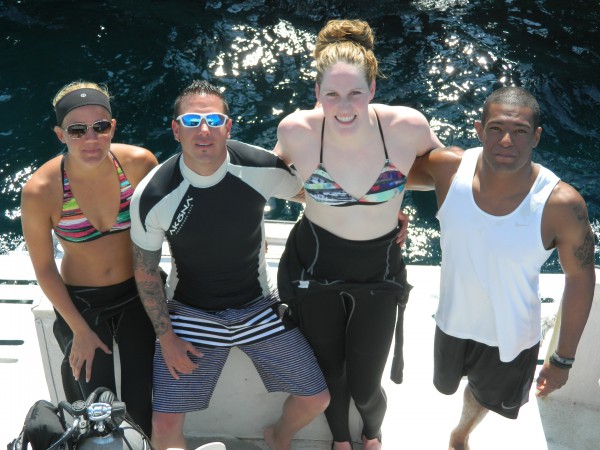 In the summer of 2012, Missy Franklin leapt into the pool and in a matter of days made her “big splash.”

Only seventeen years of age, Franklin won 5 medals in the London Olympiad.

A World-Record holder, she has established herself on an elite stage and has quickly become a household name.

One of America’s premier international athletes, Missy Franklin certainly has a bright future ahead of her –> check out here career highlights, here.

Remarkably, in Summer 2013, Franklin became the winningest female swimmer ever at a world championship meet that was shared by Tracy Caulkins, who won five times in 1978, and Libby Trickett, who did it in 2007. 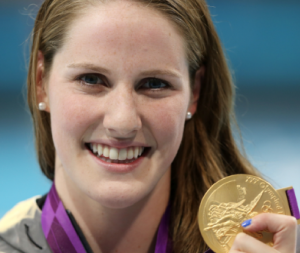 While Franklin is responsible for her own success, many have helped her along the way—from coaches to parents to friends.

These are not the only people that Missy has drawn inspiration from, however. She says during the produciton of ‘The Current’, “If you can talk about an inspiration…the Paralympics are that.”

When Franklin sees adaptive athletes refusing to accept the limitations that their disabilities place upon them and pursuing their dreams in spite of these obstacles, it moves her and fuels her drive.

Missy is especially pleased to have earned her scuba certification alongside other cast members whom have donated their time to help share Make A Hero’s mission of inspiring individual’s with disabilities to enjoy the freedom of adaptive sports.

Here, she serves as an Athlete Ambassador, alongside several others, including Mallory Weggemann & Bethany Hamilton, in Make a Hero’s upcoming film ‘The Current’ (Feb 2014) which explores the healing power of the ocean and the freedom that can be experienced through water sports. 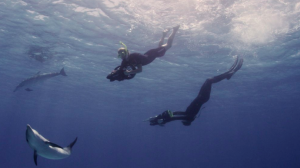 Missy and Mallory diving with wild dolphins in Bimini, Bahamas during the production of The Current.

This film offers the opportunity for Missy to share her passion with many of the disabled athletes who have served as sources of her inspiration. In this article by CNN.com, Missy Franklin says, “we’re all equal when we get into the water, its just us and the water. The water treats us all exactly the same.”

Her involvement stems from her belief that “Everyone needs to know what other people have overcome to get their dreams and make them come true. It is incredible to watch.” (view movie trailer below)

Did you watch Missy Franklin become just the 5th swimmer in history to win 6 gold medals in world championships in July/August 2013!?

How has Missy inspired you?

Thanks for commenting below!

Please help us spread the word about Missy Franklin, the Make A Hero Cast, and everyday heroes, by sharing this post through the social media buttons on this page, learning how you can Make A Hero, subscribing to The HERO Newsletter, and / or giving a generous monetary donation.  Thank you! ***