Anthony Robles, Story of A Hero – ‘The Current’ Film 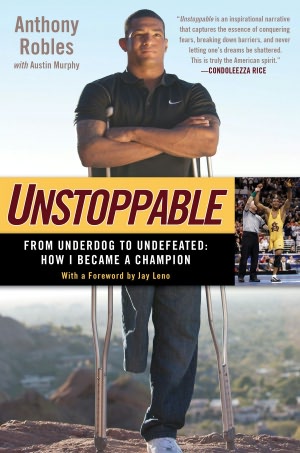 He will forever be remembered for his 2011 NCAA National Championship: the culmination of his competitive lifelong journey to overcome the adversity that was thrust upon him by his disability.

He won an ESPN ESPY award for Best Male Athlete with a Disability and the Jimmy V Award for Perseverance. There is more to Robles’ story beyond these accolades.

Born on July 20, 1988 to Judy Robles, Anthony was missing his right leg and the doctors were missing an explanation. His mother, the strong base behind Anthony’s success, did not express disappointment, instead constantly telling him “God made you this way for a reason.”

Anthony’s wrestling career started with anything but instant success as he completed his first year with a 5-8 record, ranked last in his city’s tournament. 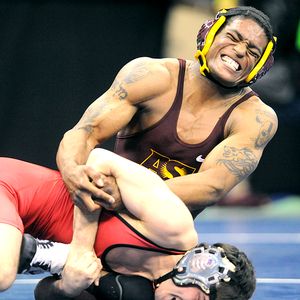 However, feeding off the support of those most important in his life, he went on to finish his junior and senior year undefeated winning two state championships.

Despite these accomplishments, Division I programs did not recruit Anthony on account of his disability. This proved to be yet another obstacle merely waiting to be overcome.

He walked on to the Arizona State University team and went on to earn three NCAA Division I All-American honors, capped off by his National Championship in 2011. The very next year, Anthony was inducted to the National Wrestling Hall of Fame.

Anthony attributes a great deal of his success to the way his mother raised him and the support he received from her and his coaches throughout his career. Though his competitive wrestling days are behind him, he continues to spread his message that anyone can be “UNSTOPPABLE” if they put their mind to it.

His words and actions have carried such weight that President Obama appointed Mr. Robles to the President’s Council on Fitness, Sports, and Nutrition, in the summer of 2013. 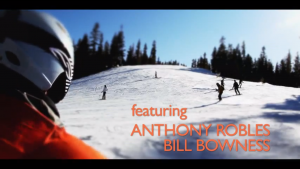 Make A Hero helped Anthony expand his sporting repertoire when he arose to the challenge awaiting him on the slopes, as he was taught to ski using three-track skiing equipment (to learn more about three-track skiing, click here).

In addition, Anthony will be featured in Make a Hero’s upcoming film ‘The Current‘, — set to debut February 16th, 2014 at Boulder International Film Festival — swimming and diving in exotic locations with other adaptive athletes and celebrity ambassadors.

He is especially excited about the opportunity to spread his message across the silver screen!

How has Anthony inspired you to be “UNSTOPPABLE?”

Please help us spread the word about Anthony Robles, the Make A Hero Cast, and everyday heroes, by sharing this post through the social media buttons on this page, learning how you can Make A Hero, subscribing to The HERO Newsletter, and / or giving a generous monetary donation.  Thank you! ***