David Hosick, Story of a Hero – ‘The Current’ Film 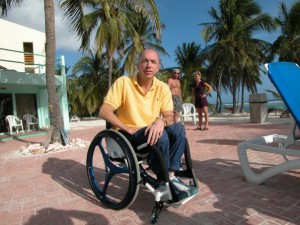 A collegiate rugby player, David Hosick never thought he would be restrained from allowing his body to fully experience the enjoyment and freedom of sports.

Today, despite suffering a severe accident in a rugby game, which left him paralyzed from the chest down with use of one arm but only partial use of the other, Hosick has not let this setback hold him back from the sports which have composed a large part of his life.

He states, “I can be active just like anyone else. I can participate in the sports and activities which interested me before my injury, just in a slightly different way.”

Not only has Hosick continued to participate in sports, but he has also pursued advanced education and traveled throughout the world. Earning a degree in Psychology, he has counseled numerous individuals who struggle with the physical, emotional, and social accommodation of their disabilities.

Hosick also teaches wheelchair classes to those who are recently injured, so that they can quicker adapt to the new active lifestyle that they are beginning to live. 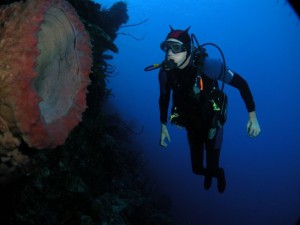 Over the years, Hosick’s passion for adaptive scuba diving has grown immensely. He is the only c7 quadriplegic to earn a Master Scuba Diving certification after injury. He sees no end to his diving in the near future; in fact, he hopes to challenge himself and begin to cavern dive.

It may be tough to imagine how a quadriplegic could be such a skilled scuba diver; Hosick’s grace and fluidity in the moment as he utilizes a “doggy-paddle” style of self-propulsion is truly amazing.

David is particularly excited to be a featured diver and adaptive athlete in Make a Hero’s upcoming production ‘The Current’, which is set to release Spring 2014.

Hosick’s story is sure to captivate and inspire. On set, he is an inspiration to his fellow adaptive athletes and other divers.

The excitement he shows to be in his favorite environment – the ocean – stems from his goal to inspire other physically disabled individuals to begin to live more active lives.

In his own words, “I want to break the stereotypes of quadriplegics and reach that person sitting at home saying, ‘I can’t because I’m disabled now.’ You can! Get out and try!” 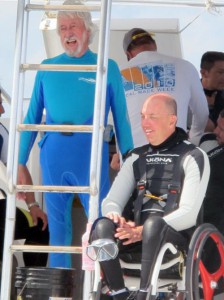 David Hosick (left) with Jean-Michel Cousteau (right) on set of ‘The Current’.

Hosick believes that “The only limitations we have are the ones we place on ourselves.” In ‘The Current’, Hosick and his fellow cast members truly are the incarnation of this belief.

While diving, David says he forgets that he has any disability!

This cast hopes that the film will bring disabled individuals to the realization that an active lifestyle in the world of adaptive sports helps to free them from some of limitations that they might feel.

What do you find most inspiring about David’s story?

Please help us spread the word about David Hosick, the Make A Hero Cast, and everyday heroes, by sharing this post through the social media buttons on this page, learning how you can Make A Hero, subscribing to The HERO Newsletter, and / or giving a generous monetary donation.  Thank you! ***