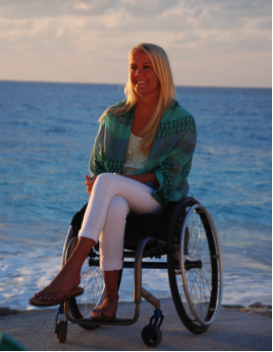 Welcome to the third edition of the Friday Feature – “Story of a HERO” showcasing Mallory Weggemann and Make A Hero.

The following is a biography according to Mallory’s website:

“On January 21, 2008, Mallory Weggemann received an epidural injection to help treat back pain; however by the time it was finished she was forever changed.  Complications with the procedure left the college freshman paralyzed from the waist down.

Weggemann has been a competitive swimmer since the age of seven.  After her injury at the age of 18, Weggemann chose to return to the pool.  In April 2008, her older sister found an article in the local newspaper discussing the Paralympic Swimming Trials.  The meet was being held at the University of Minnesota Aquatics Center in Minneapolis, Minnesota.  Still coping with her new disability, Weggemann found one thing unchanged, her love for swimming.

While attending the meet as a spectator with her sister, she met several of the US National Team coaches as well as her current coach, Jim Anderson. The following Monday, Weggemann returned to the pool and has been swimming since.  She touts her Paralympic trials experience as life changing.  “I have always loved the sport but when this happened I thought my days of swimming were over and when I realized I could still do it, well I will never forget that moment.”

Mallory showcased her amazing abilities by winning gold and setting a Paralympic Record in the 50m freestyle.  Mallory also anchored the bronze medal winning 4x100m medley relay team, bringing USA back from fifth place to almost capturing gold!  It has been deemed one of the most memorable moments of the London Games, and it inspired many across the world.”

Mallory discusses her experience in Bimini free-diving with wild dolphins and scuba diving with Missy Franklin and Anthony Robles, in the following trailer for ‘The Current’: 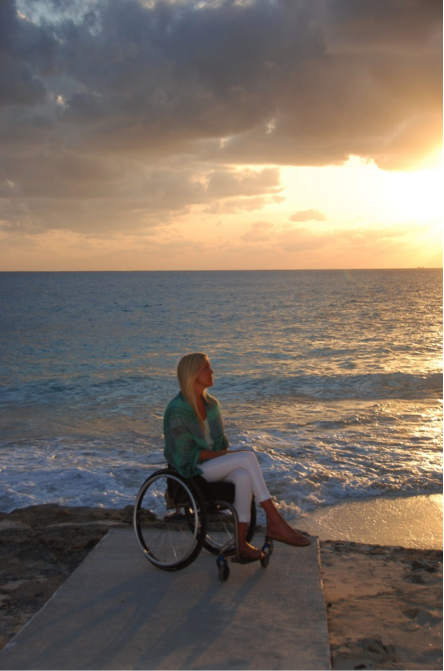 “Today’s post is a flash back.  A flash back to nearly four years ago as I experienced myself slowly losing the ability to remember what it felt like to stand and walk.

This journal was written a year and a half after my paralysis, at a time when it started to hit me that those memories were … continue reading here.”

Make A Hero would like to thank Mallory for her support and for paving the way for other individuals, whether Paralympic hopefuls like Joshua Myers, or recreational participants like Joe Tancredi, to regain their freedom and mobility.

How has Mallory inspired you?

Thank you for commenting!

*** Please help us spread the word about Mallory Weggemann, the Make A Hero Cast, and everyday heroes, by sharing this post through the social media buttons on this page, learning how you can Make A Hero, subscribing to The HERO Newsletter, and / or giving a generous monetary donation.  Thank you! ***